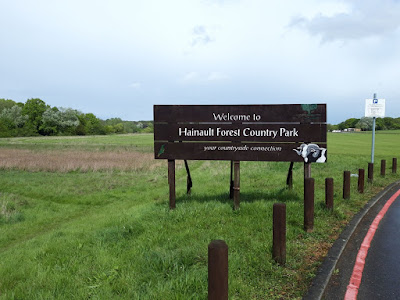 A campaign to establish a more focused approach to a safer culture towards events being held at Hainault forest and Park has been initiated by local Chigwell Row residents.

Concerns have been raised about the increase of crime and antisocial behaviour at both the events and during the spill out into our local community after completion of each evening of an event.


This year after both the Moon and Sundance Festival and Garage Nation Festival roads became congested before and after the event. Local police vans blocked Romford Road as they dealt with numerous antisocial behaviour issues.

Local residents reported tents being pitched up on the grassy banks either side of Romford Road. Street barbecues and small parties with music being held by the tent-dwellers were common-place and the use of recreational drugs, excessive alcohol and legal-highs was visible.

One local resident living at a local close even took the responsibility on himself and his wife to remove the drug/legal-high drug paraphernalia and other litter left behind by revellers.

Local roads were congested and residents of a close are taking matters into their own hands and will park their vehicles on their road rather than drives to prevent people from antisocial parking, Last year a real nuisance was caused after some resident vehicles were blocked in their own driveways.

Chigwell and Redbridge Police have been contacted about the event and contact has been made with both Epping District Council and their counterparts in Redbridge. However, no concerted approach to deal with the issues is forthcoming. Neither is there any form of joined up approach despite the proximity of the Park to the border of two constituencies.

Mr Wilson Chowdhry a local resident of Chigwell Row and current chairman of EIBP has been asked to raise this issue with the local council. Residents concerned about the lack of provision by event organisers for the affect of their operations once visitors have exited a venue can sign the petition (here). The petition also calls for a unified approach by Redbridge and Epping District Council in tackling the aftermath of events at Hainault Park.

The contents of the petition are as follows:


We the undersigned call on Redbridge Council and Essex Council to have a more coordianted approach to tackling the litter, crime and antisocial behaviour in the aftermath of events at Hainault Country Park.
Redbridge Council must seek a more proactive response from event organisers who should be providing additional security external to their event, to corale visitors away from community areas and to ensure their own safety while exiting.
Our Government should introduce laws that enforce that event organisers pay police for the increase in policing inevitabley required to stem the antisocial behaviour outside their events.
Essex council must factor in an additional street clean at local roads after concerts at HCP and this should be paid for by event organisers of larger events.
A police presence is required inside the event paid for by event organisers to reduce and eventually eradicate drug dealing and use at these events. Penalties should be applied to event organisers who fail to asses drug threat and design drug reduction policies and practices.
Events in the park should provide parking advice and provision within the confines of the park at an affordable rate, to prevent antisocial parking in the local community.
Event organiser should be consulting community leaders to understand better how they impact in a loca area. These should be made mandatory and presided over by Redbridge and Essex Council officers and councillors.